The day before Christmas I went on a tour to Semuc Champey. Only 10k outside of Lanquin, the roads were so rough that it took over an hour to get there in the back of a pickup truck.

The first part of the tour was 2 hours of cave exploration by candle-light – by far one of the most enjoyable times I’ve had exploring a cave (and I really love caves). Unfortunately, no one in our group had waterproof cameras so no pictures exist. But there were ladders, a rope swing through a waterfall, a natural slide with a 2 meter drop, and cliff jumping, in the dark, from 4 meters up. Here are some pictures from the web.

After the caves, we went on a giant rope swing, tubed down the river, and then jumped off a 9m bridge. (I should mention that our tour guide painted our faces with candle soot and some sort of red vegetable when we first entered the cave.)

From the bridge, we went to Semuc Champey proper and swam around, jumped off more shit, and went into an underwater cave. There was also a giant snake which creeped me out because it’s a snake and snakes are creepy. And deadly. 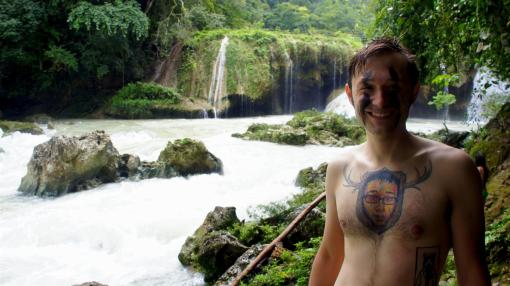 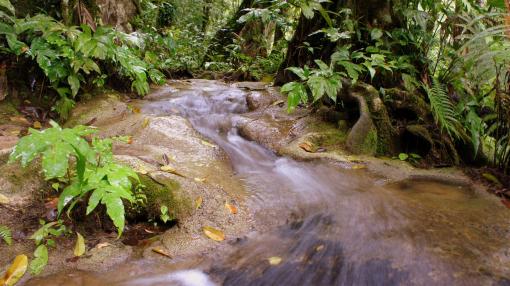 The way back took even longer (it was uphill) and was mostly in the dark. I literally hung off the back of the truck, standing on the bumper and holding a rope tied to the cage in the truckbed.

Back at the hotel we used the wooden stove-heated sauna, then had a giant communal Christmas dinner (they celebrate more on the 24th than the 25th here).

The next day Clay went on the trip while I hung around the hostel and went for a walk with some folks. 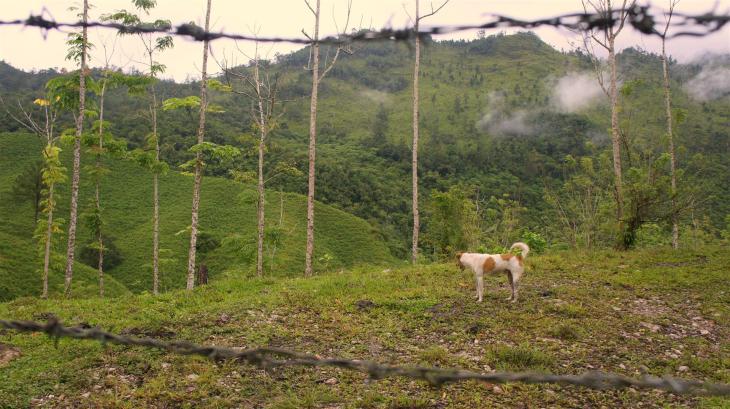 One of the strays that hangs out at El Retiro followed us out the gate, and then stuck around for 2.5 hours of super-muddy farm field exploration. He was real scared of the suspension bridge, though.

Great views, but not-so-great paths. We now understand why all the local men wear rainboots. I had to scrub my sneakers in the mess sink afterward.

And this guy showed us all up with the crazy stack of firewood he was carrying uphill, and over barbed-wire fences.

The following day we took a shuttle from Lanquin to here in Flores. I intended to sleep in today, but failed and was up by 7. Did some laundry, got lunch at a pretty bad local bar, and then walked around to take some photos. 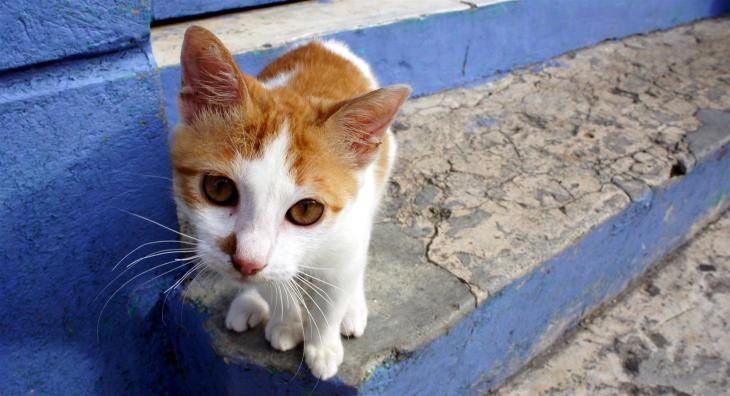 This man was blowing what appeared to be a shofar. 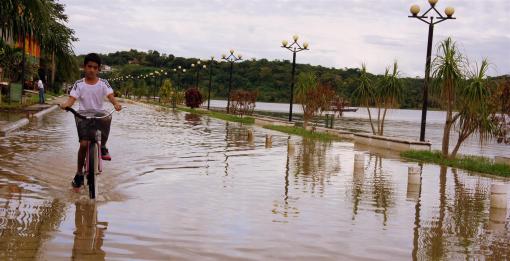 Tomorrow we’re up at 2:40 for a 3am bus to Tikal, which I’m really excited about!