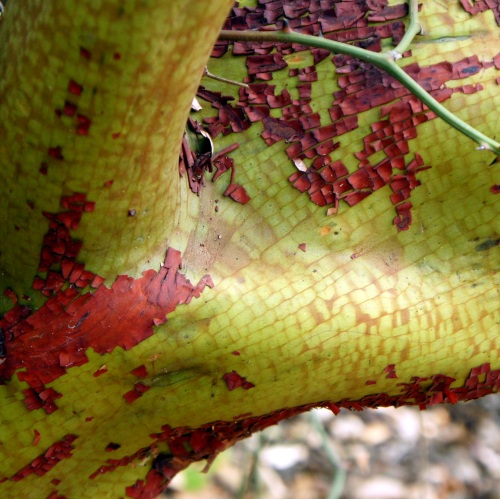 Day two started before the sun came up, snacking on a handful of dried fruit and nuts while packing up our gear. And then it was back down into the valley. 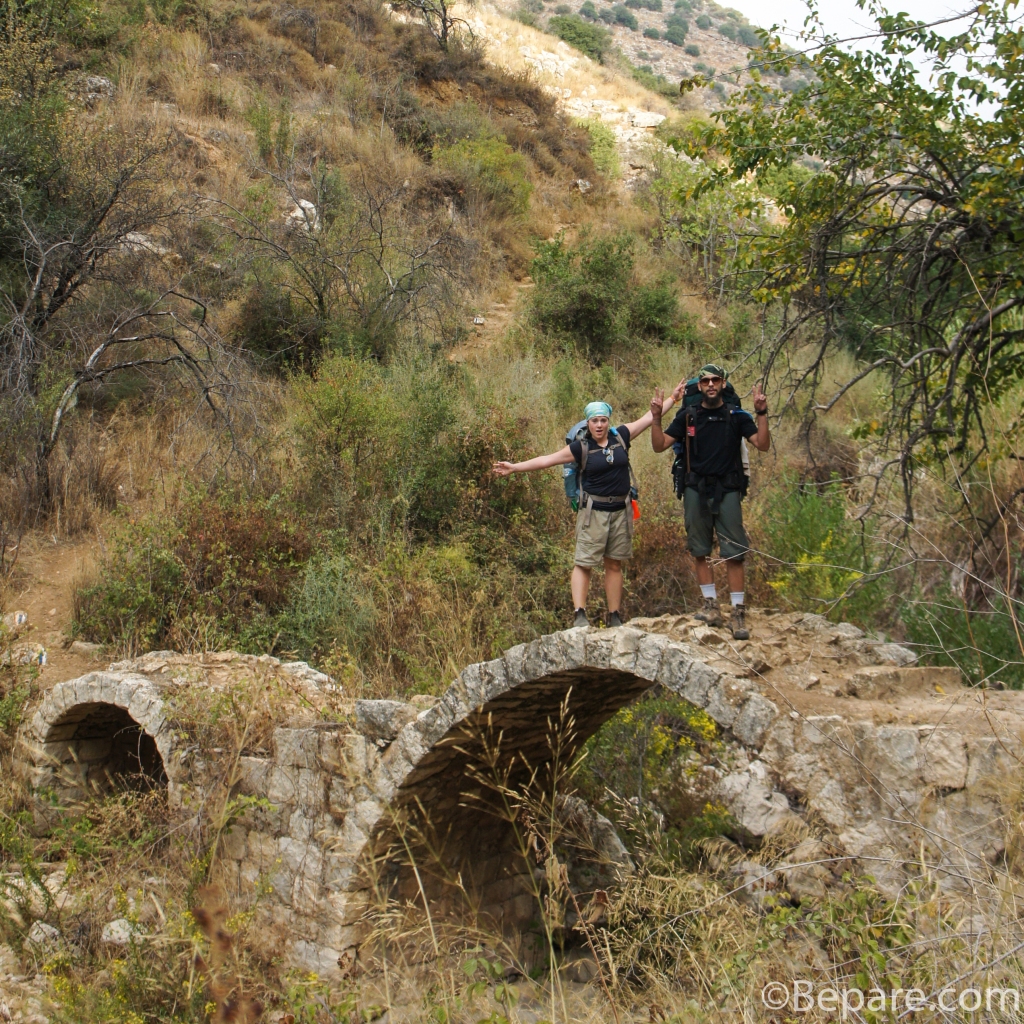 On day two we saw a lot of ruins. Most of them looked old because they were built from stone, but occasionally we would encounter cement or even steel remnants that belied their antiquity.

Most of the buildings appeared to have utilized water power and water wheels for some effect. We never ventured into any of them, both too tired and too put off by the overpowering smell of urine that emanated from inside most. Still, it was awesome to fee like explorers, coming upon ancient relics lost in the jungle.

Day two was very different from day one in terms of what we saw. While day one was red and deserty, full of ants and boulders and scrub brush, day two was comparatively super green and lush, with large trees and lots of water (relatively speaking). 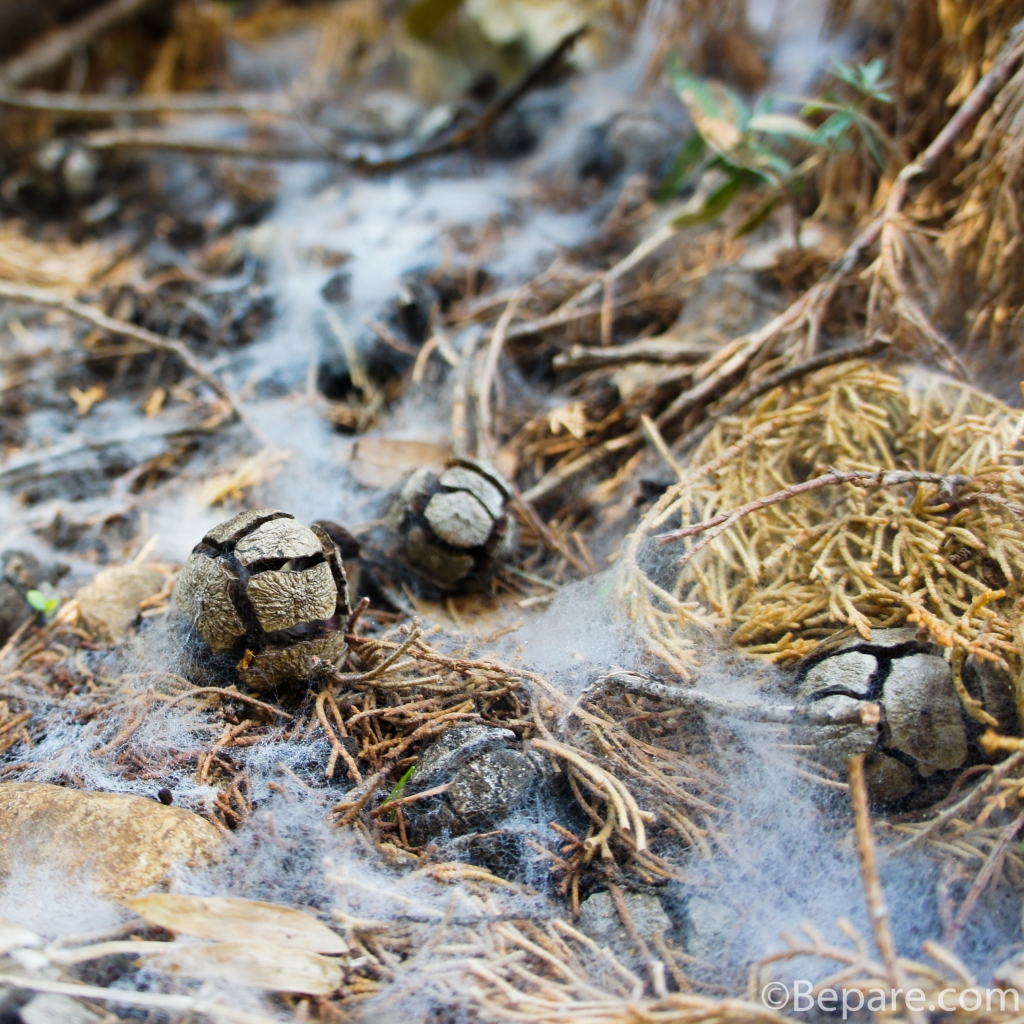 And on day two we went through a SQUARE drainage ditch instead of a round one. How exciting!

Day two was the day we had to summit Har Meron, but first we had to find our way to the top. Up until this point we had been following the white, blue, and orange markers of the Shvil Y’Israel, but after stopping for lunch we got a bit turned around. Using our Israel #2 hiking map, we saw a blue trail that intersected with ours, and decided to take it.

To be fair, the path did meet up with the Shvil Y’Israel. But it also went up a dry river bed full of water falls (minus the water). It was wet from the morning rain, and incredibly dangerous with 40+ pound packs on. Once we got far enough through, it would have been way more dangerous to turn around, so we kept on keepin on.

Despite the potential for catastrophic injury, I had a lot of fun (at least once I made it through safely) and felt quite accomplished when we were finally able to meet back up with the main trail.

A bit dishearteningly, we were followed up closely by a family of 10 people, including a girl who looked to be about 9 years old and three middle aged women in jeans. It made the climb feel significantly less impressive, but they were nice enough to take our photo at the end.

The photo above is at the top of the blue, but we still had a long ways to go til the summit. While our morning had been green and lush, the afternoon was barren and sun baked. We walked through what appeared to be subsistence farm fields and tiny vineyards that must have taken a herculean effort to carve out of the rocky landscape.

Part we up we stopped for the obligatory sofa group photo. 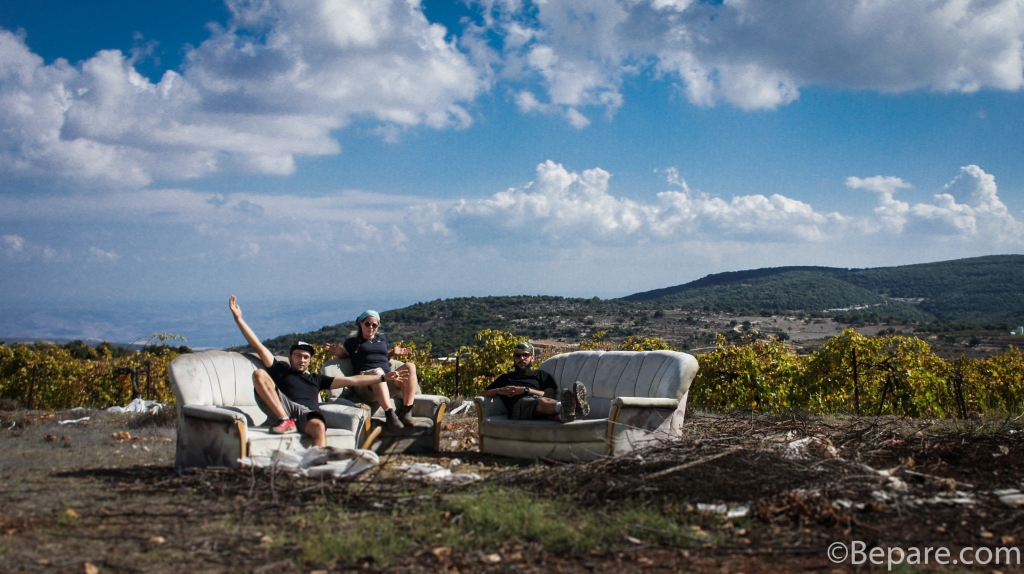 And one more group photo at the summit of the mountain itself – a place we had been just 4 days earlier (except this time we climbed over 4600ft to get to the top).

Our campsite for the night was part way down the other side of the mountain, at a location that mercifully had water. You know, so we could drink and cook.

And clean our wounds. 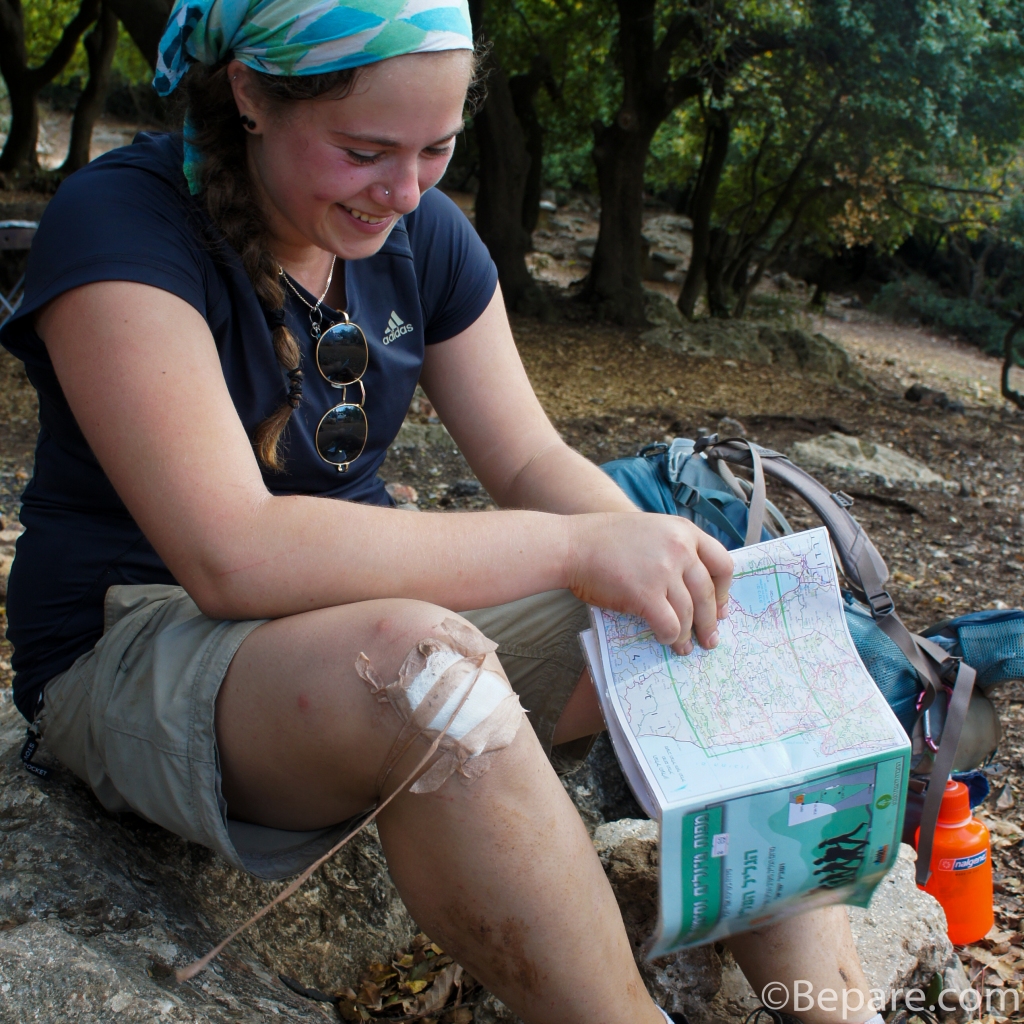 It also had a group of partiers with a super loud generator and lights on a pole that kept most everyone up well into the night. I managed to fall asleep, but was told that everyone in the campground clapped and cheered when they finally shut it off.

Blister count end of day two: Still seven. But with what felt like blisters on top of my blisters. And bruised hipbones from my backpack.

View all posts by bepare