Italy has been a blast. I’ve ridden every day for the past 9 days, so I’m taking today off as a rest day.

It’s been great having a homebase in Bergamo, even if the locals we talk to all express incredulity at our decision to stay here instead of somewhere ‘nicer’.

The riding here has felt more difficult than when we were in France in 2013, but that’s mostly due to it being hotter, me having a heavier bike, and the time of year being ~2 months earlier in the riding season (i.e. I’m not in shape). Charly’s been doing great on her first time biking in the Alps even if it is “way more difficult” than she thought.

We have just two days left before we have to head to Milan and fly home. Tomorrow is going to be a big day for some of the guys – we want to get in our second century and most elevation gain of the trip as a final hurrah. If successful, that will put me at ~570 miles and 45,000 feet over the last 9 days, or about the distance from Boston to Greenville, North Carolina and 155% the height of Mount Everest!

Hover for captions or click for a larger photo

The funicular to Citta Alta 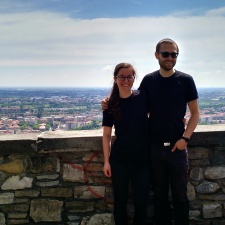 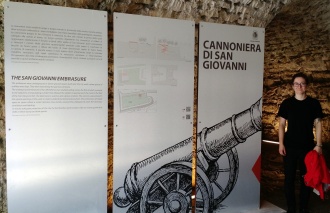 Inside the city walls in San Giovanni’s cannoniera 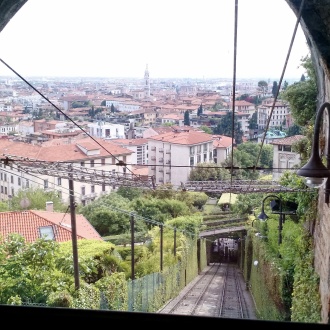 Via from the funicular 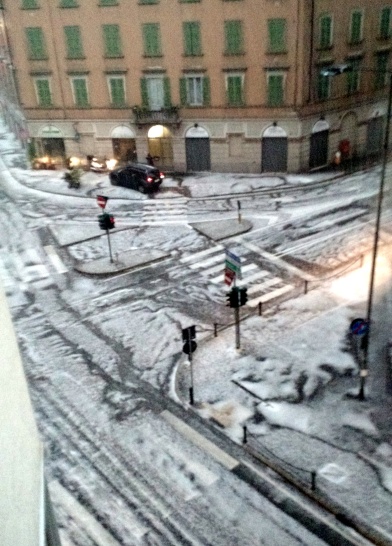 The most insane hailstorm I have ever witnessed! 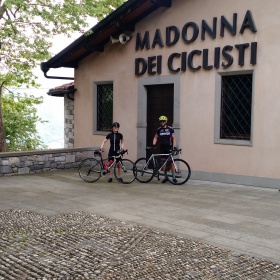 A church dedicated to the Madonna of cyclists

Inside the Madonna dei Ciclisti 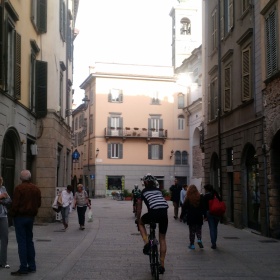 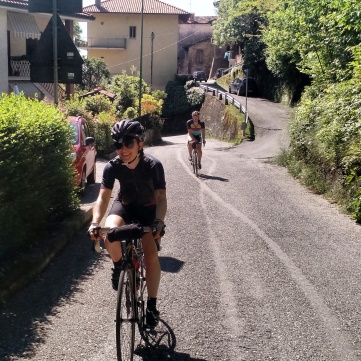 On our first ride, before getting caught in epic rain and hail

At the top of the climb 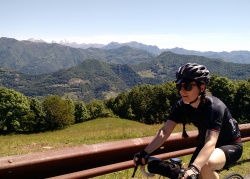 “That’s where we came from!” 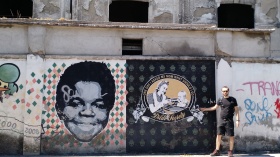 At the Madonna del Ghisallo, the church of the patron saint of cyling 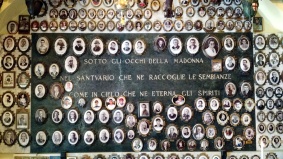 Inside the church Madonna del Ghisallo 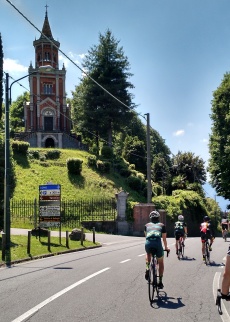 The boys head to Lake Como

Cruising the lake on our first century

Getting lost on the way home on our first century 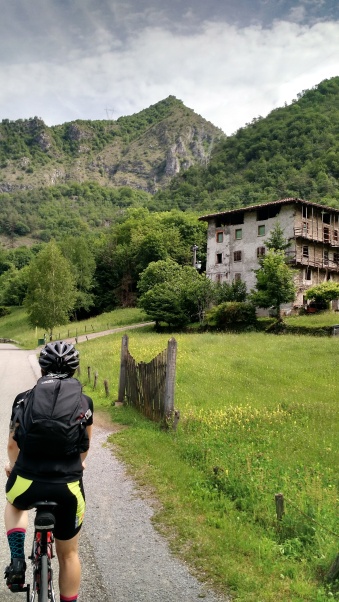 A bike path toward San Pellegrino Terme (home of the water!) and San Marco Pass

The path is an old railroad track, chilly tunnels and all! 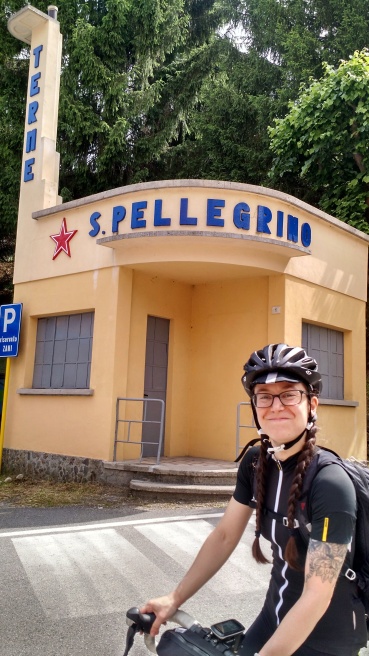 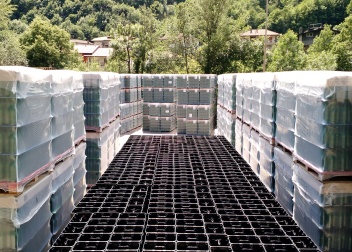 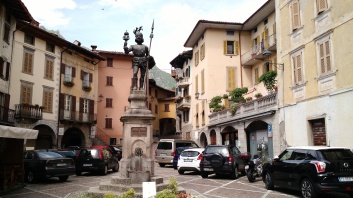 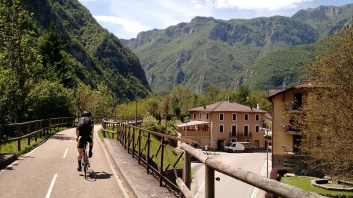 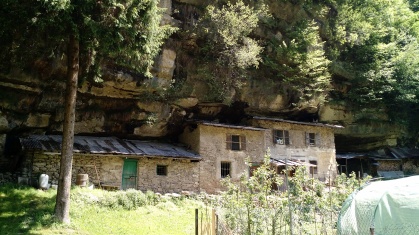 Not rich enough to stay here! 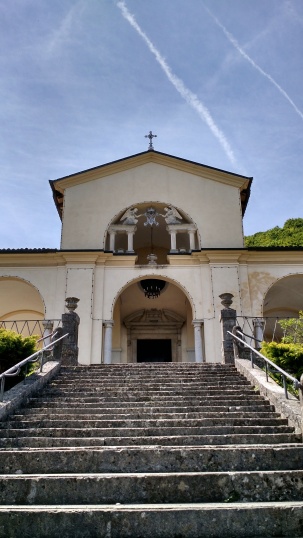 View from the top

A difficult climb but absolutely worth it!

Great car at the top of Passo San Marco

Just before the descent from Passo San Marco

In the old city or Bergamo, Citta Alta

Mr. Colleoni’s mausoleum that he built into the church

Mr Colleoni’s sigil. Those are not figs….

Spring-fed water is everywhere around here, and yes you can drink it! 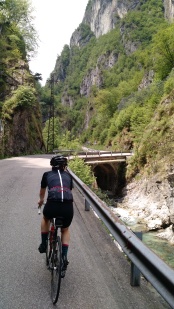 Val Taleggio, our most beautiful ride that didn’t require scaling a 6,000ft mountain

I had a hard time pulling Charly away from this house for rent – it even had a bicycle!

From the top of Cantoniera della Presolana